3D printing is referred to as such because it allows to produce 3 dimensional objects; however, the printing process itself is actually more like 2.5D. What does it mean? The conventional additive manufacturing process consists in laying material on top of each other on a horizontal plane, meaning that the printing head and the nozzle move only in a planar coordinate system building layers for creating a three-dimensional object. 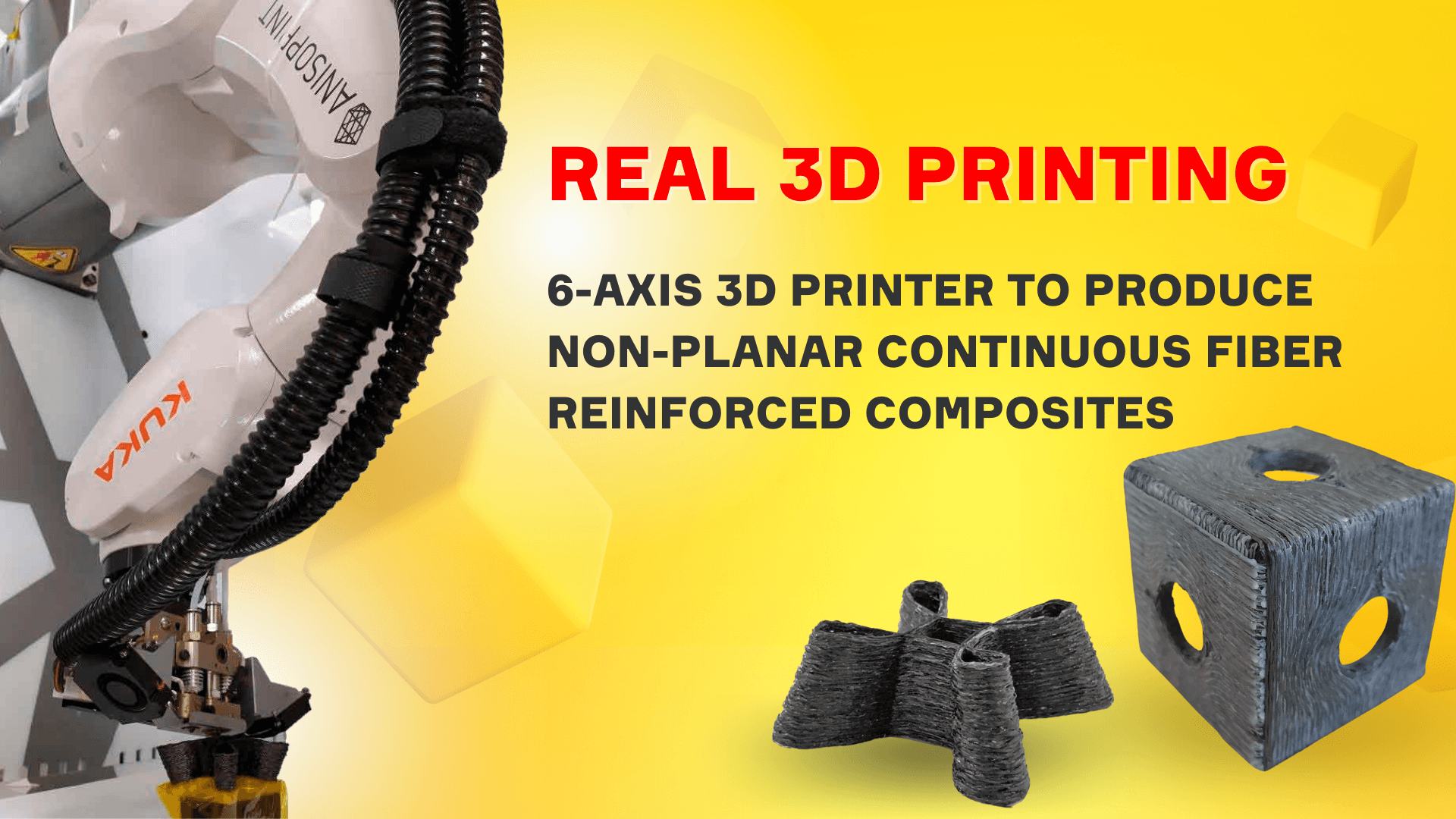 In traditional 3D printers, moving parts are most often either the printing table, or the printing head, or both of them. The same is true for Composer — continuous fiber 3D printer. Even though the table and the print head move along the x, y, z axes, the layers are still stacked on a plane, and each subsequent layer is parallel to the previous one. 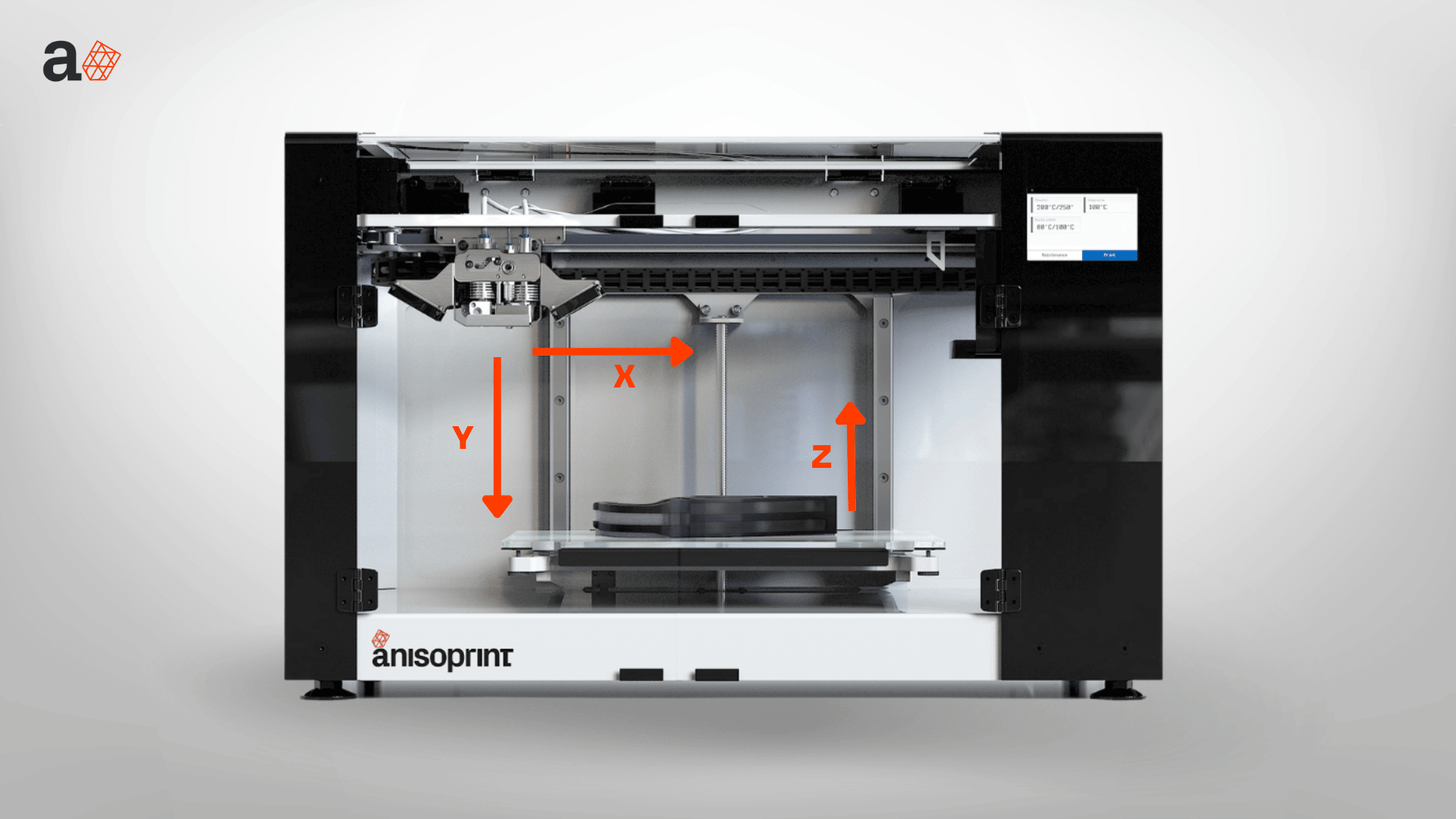 Overcoming these limitations has always been a tempting idea for Anisoprint founders, and the beginning of this long-term deep R&D project dates back to as early as 2017. To date, we are developing a solution for truly 3-dimensional continuous fiber 3D printing: a 6-axis robot PROM PT that allows to reinforce parts in different planes and with curved shapes. The project will be released in 2023, and the first prototype is already in the pipeline.

The machine includes a 6-axis robotic arm and an end-effector printing with continuous fiber. The robot’s axes allow moving freely in the hemisphere and print parts of complex shapes, without additional supports, molds, and tools.

The 6-axis non planar 3D printing provides the ultimate flexibility in terms of possible shapes: this functionality is suitable for complex movements that simulate a human arm. It is vital for industries like electronics and most importantly, automotive.

Here are the project milestones to reach and work on before the final release.

— Software is the key.

Developing the right slicer is a must. One more dimension in printing extremely increases the complexity of the G-code generation, just think about such aspects like collision detection between the robot and the part, how to orient 6 axes instead of 3 – it all renders conventional slicers unsuitable.

— First companies beta-testers and their projects.

In order to fine-tune the technology we will work on individual projects for our customers who are willing to cooperate. Our community should stay tuned as when we proceed, we could invite people or companies to apply for testing and printing their product on the robot.

After the successful proof in specific projects, a new slicer including topology optimization in full 3D will be released.

Stay tuned, we are going to uncover the topic of 6-axis topological optimization soon.

WANT TO LEARN MORE ABOUT OUR 6-AXIS ROBOT PROM PT? CONTACT US: