Past, Present, and Future of Manufacturing | Anisoprint

Past, Present, and Future of Manufacturing

This term is tightly connected with such as technology and industry. For thousands of years, humankind existed and developed without industry, and manufacturing was based on crafting and manual labor. Everything was unique and individual. A human — one or several craftsmen played the main role in manufacturing. In order to make shoes, a tanner should have tanned good leather of good rawhide, then a shoemaker would make shoes. A master-craftsman was in essence an engineer, a technologist, and a worker. With crafting, the cost of things was very high and quality fully depended on the personality of the craftsman, therefore was unscalable.

The industrial revolution in the 18th-19th centuries fundamentally changed the manufacturing process by dividing the role of a craftsman into several and by introducing machines and mechanized labor. There appeared professions of an engineer (a person who creates a design), a technologist (who develops manufacturing process and decides what kind of machines and operations will implement the design), and a worker (the one who manufactures the thing with the help of machines, tools, and instructions from the technologist). The industrial revolution helped to scale quality and significantly reduce the cost of goods and made them much more affordable, the role of craftsmen disappeared from manufacturing, and things lost their individuality. Together with that, the appearance of the goods changed.

In the preindustrial age, the look of objects was dictated not solely by function, but also by the idea of beauty that the craftsmen had and their inspiration, most commonly driven by the beauty of nature. Goods in preindustrial times had many sophisticated decorations, a lot of soft lines, and not functional features. All craftsmen tried to make things more beautiful and give them a piece of their identity. Shapes and looks of things in the industrial age were defined by a different set of factors such as construction, functionality, economy, repeatability, etc.

Goods of the industrial age, void of individuality, gradually lost decorations. As modern philosophy developed, nature does not inspire designers anymore: things acquire abstract, minimalistic shapes that are now perceived as more optimal and smart. At the same time, such shapes are normally more productive and easy to manufacture, they are measurable and controllable which is definitely very important for the industrial manufacturing paradigm. 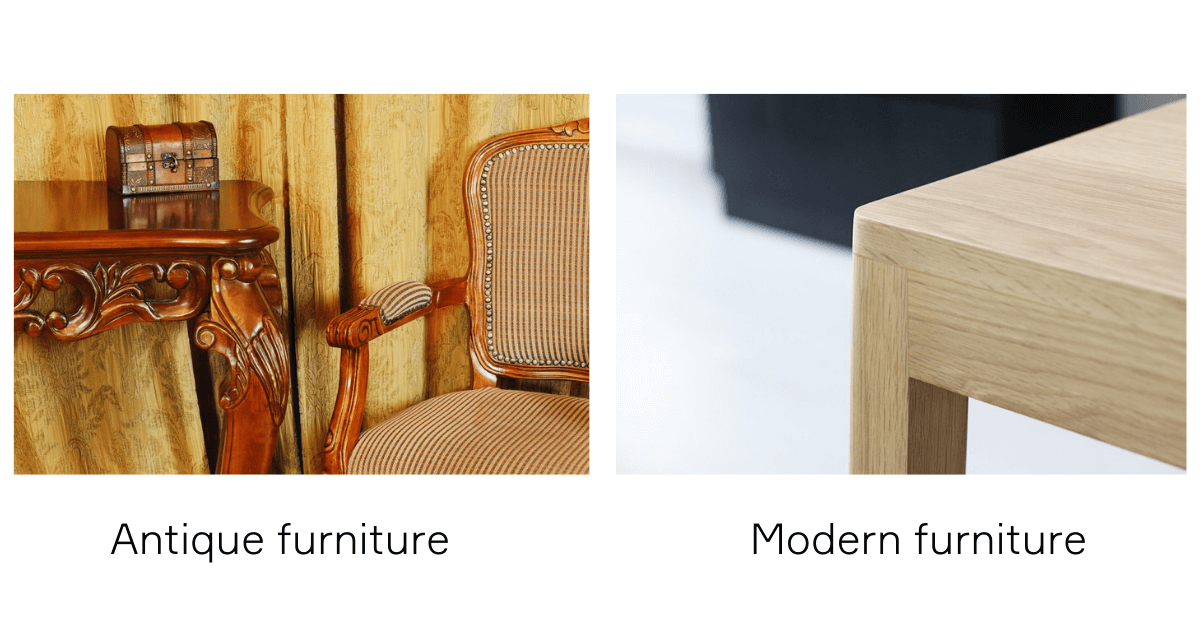 Due to the industrial revolution, within two centuries humanity managed to make a giant leap, the greatest in the thousands of years of history. There is a great number of things around us that embody colossal work, knowledge, and experience. Thousands of technologies, machines, procedures are required to make one, even a very simple thing like a paper clip available to millions of people in the world. Not to mention automobiles, computers, planes, and mobile phones, where every item encompasses extremely complex supply chains, production schemes, materials, machines, etc. But primarily people: engineers, technologists, workers. Indeed, nowadays it is engineers that define the shape of things by seeking the ideal balance between functionality, economy, and esthetics. Notably, in contrast to preindustrial times, the main asset of engineers is knowledge and skills, not experience and proficiency. It means that in everyday work they rely on achievements of the past, experience, and mistakes of engineers of the previous generations, their tools, approaches. On this basis, they develop and introduce their own, more comprehensive, and fine techniques.

A modern engineer relies on a complex, multilateral experience of the previous generations and uses available tools for creating new things, new tools, and new experiences. This is a paradigm of extensive manufacturing development. But how far does it go? What idea or philosophy can produce a new and intensive impulse? Indeed, the problems of an extensive development path are already obvious: our resources are limited and the usage effectiveness of these resources grows much slower than intensity. Thus we exploit, exhaust the resources, and this cannot be fixed without a fundamental shift of the manufacturing paradigm. And this quality leap is possible.

One of the most peculiar results of human brainwork in the 20th century is machine intelligence. The need to automate more and more processes, minimizing the human factor in production first and in engineering consecutively, resulted in a surge of complex computational systems and algorithms that allow to substitute the human brain and skills in solving a wide range of manufacturing and other issues. Nowadays these schemes and algorithms developed to such a complexity that is capable in a split second to solve tasks that a human would not be able to solve within a whole life. In this sense, we can claim that they became much smarter than humans. The fact that these machines were developed gave engineering another very strong impulse: specialized computation and modeling algorithms allowed to create more advanced things. Until now computational machines and algorithms were used by engineers primarily as a tool, while production machines and measuring equipment imposed fundamental limitations on possible shapes of produced things. However, a couple of decades ago there appeared algorithms of so-called generative design, where computational equipment, intelligent machines, shifted their role of a tool to a creator, the leading role in engineering. People trusted machines to engineer things, and the result was surprising. 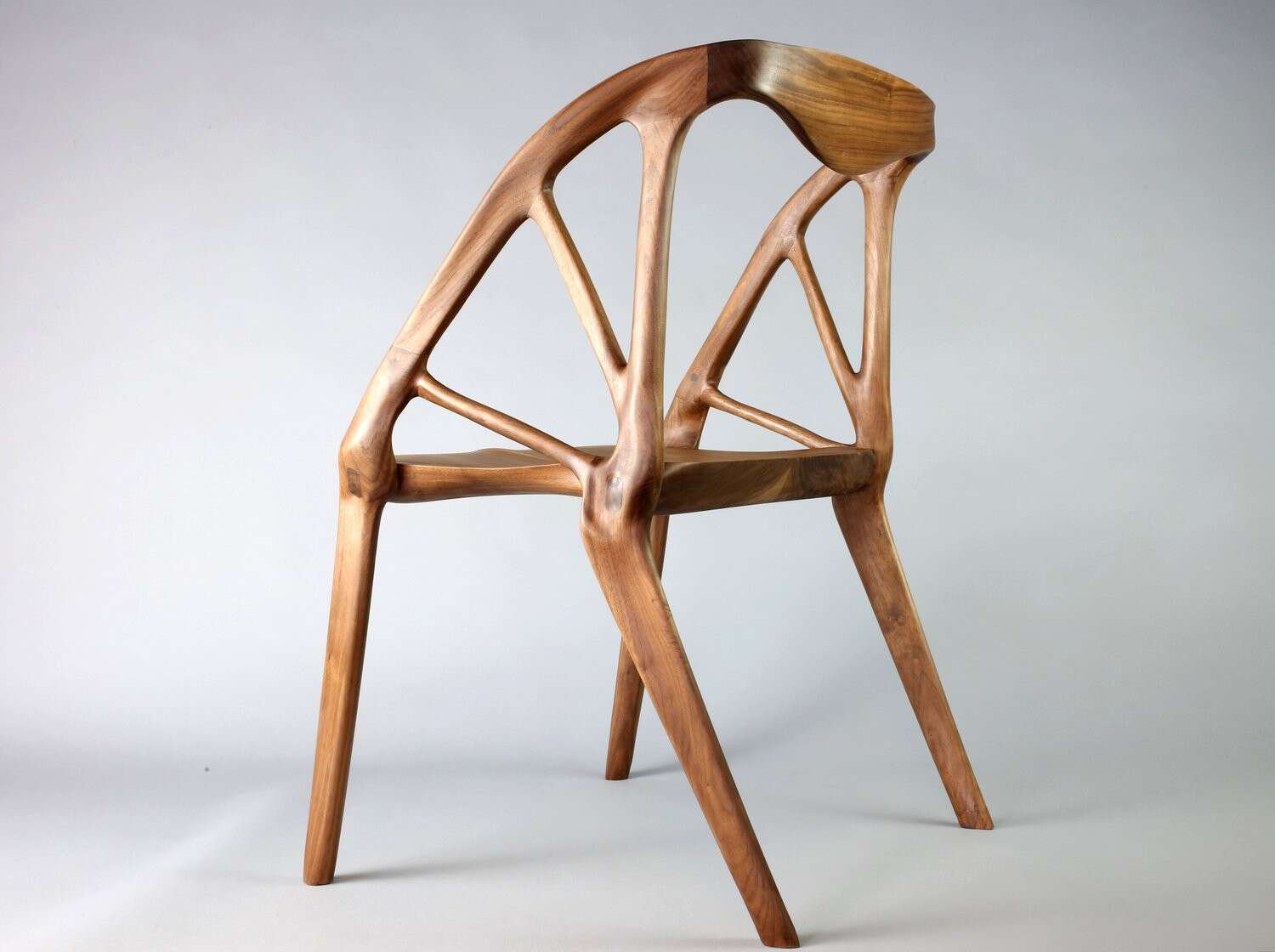 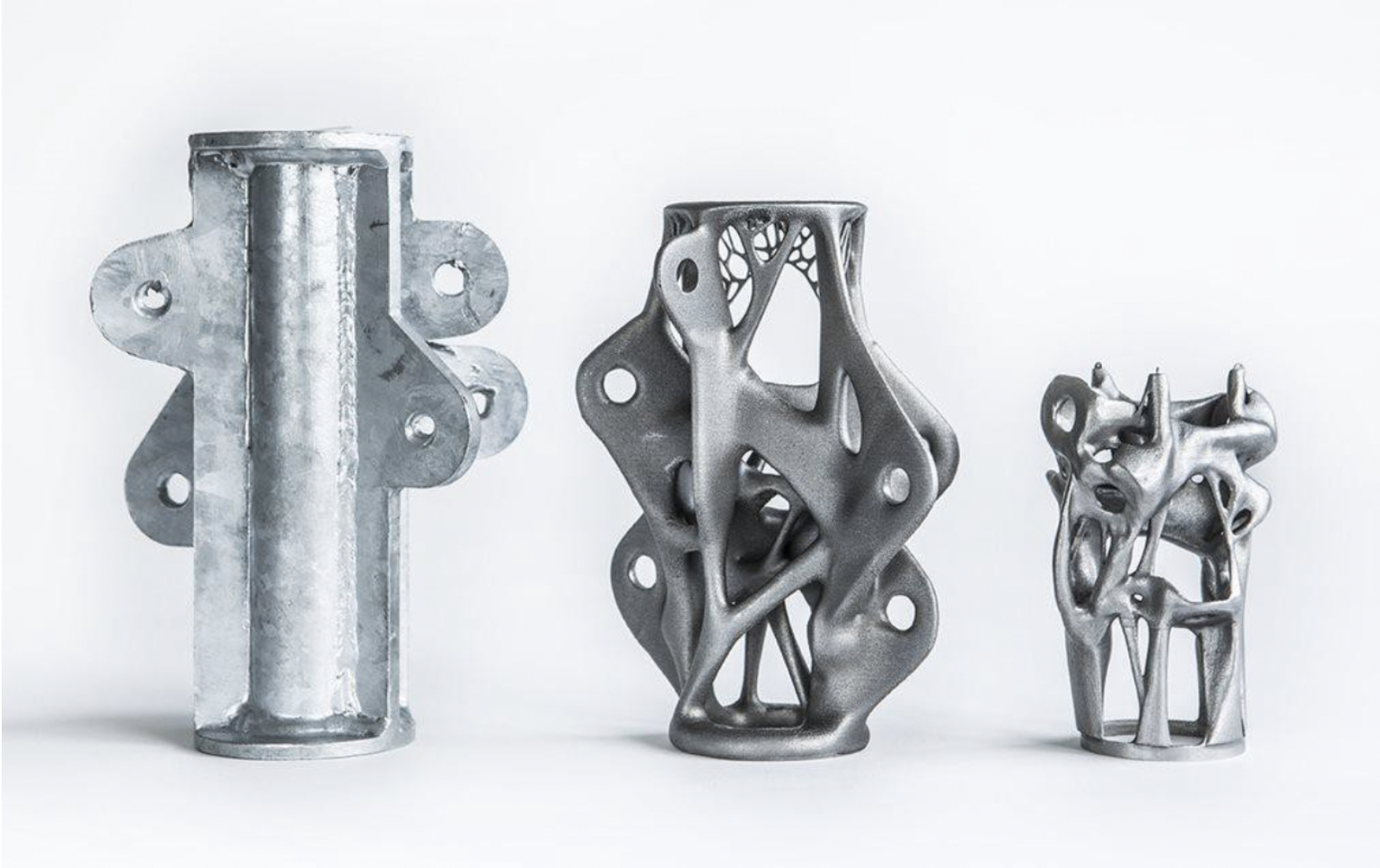 Shapes of things modeled by machines turned out to be different from those created by human engineers. They were full of complex, non-primitive and from the engineering point of view, sophisticated elements and geometric solutions featured a tricky topology. While surprisingly resonating with natural forms and objects. Turns out that optimal shapes are not what people thought in the industrial age — not straight, not simple, or strict. They are complex, curvy, diverse, and similar to natural. One reason for such an outcome is the fact that generative design algorithms in many ways resemble the evolution process: the machine runs through many form variants and tests them for aptness, excluding those not fitting at every step. As a result, nature in some way took over the ideas of modernism that claimed a human mind to be more productive and proved to be not so naive in its fancy manifestations. 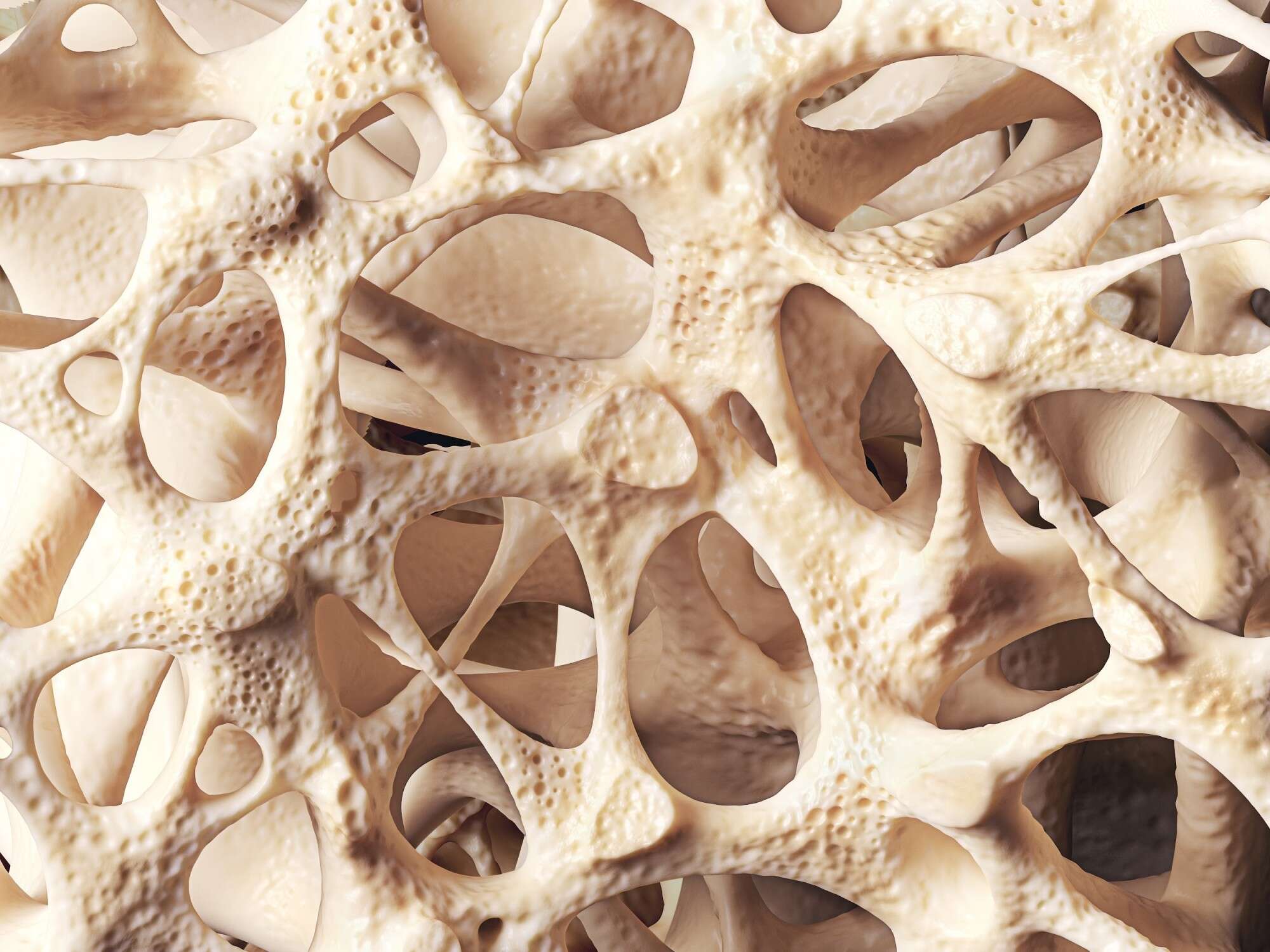 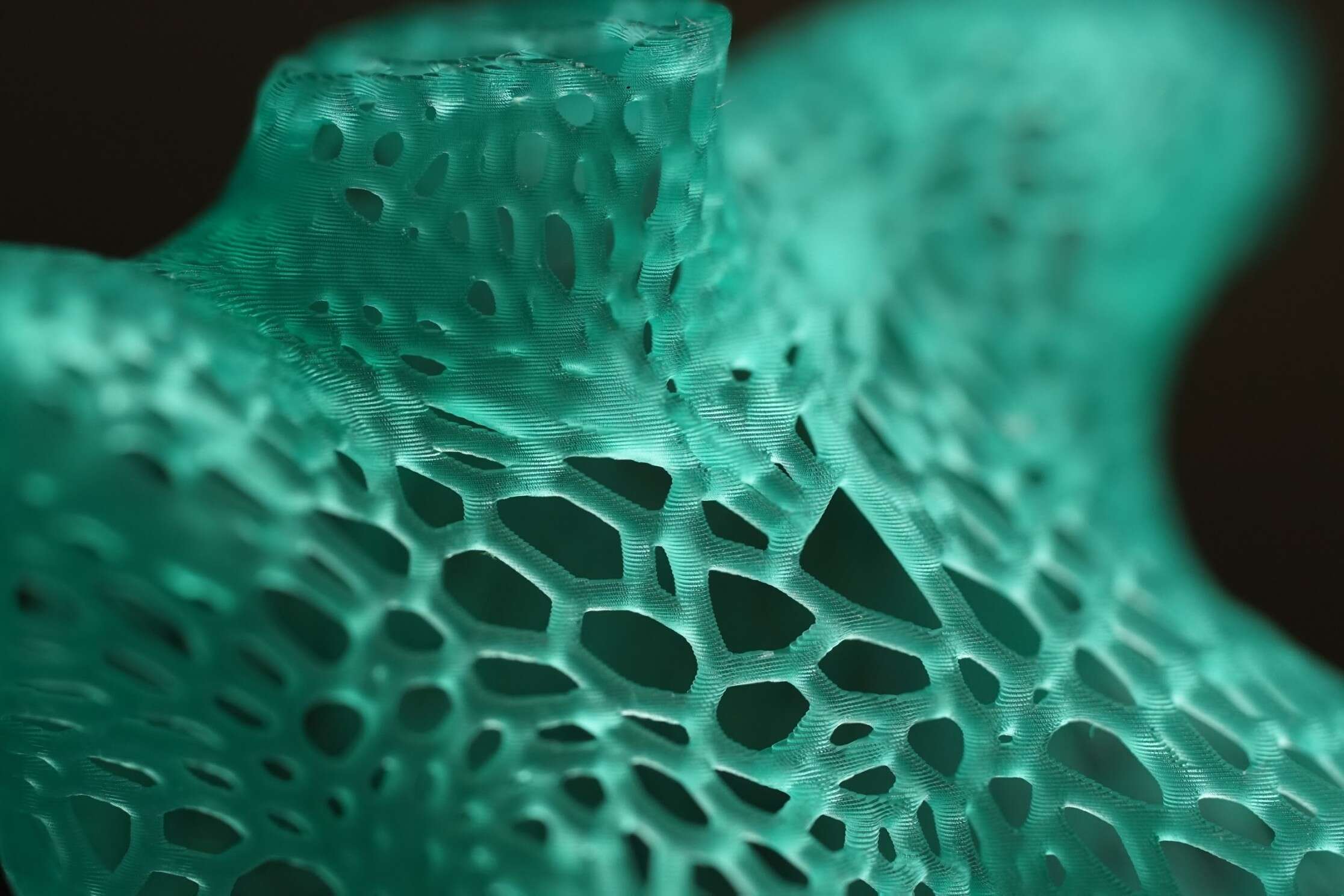 Though such shapes appeared to be uncustomized for production with existing technologies and machines, so for a long time generative design remained rather a science fiction. Until a new class of machines appeared — 3D printers.

What is the fundamental difference between 3D printers and other production machines? First of all 3D printing is a whole class of diverse production technologies that meet certain criteria. Here are the three main features that allow a technology to be proudly called 3D printing (my definition):

What does it mean and how is it different from traditional technologies? Additive process saves resources substantially at the manufacturing stage producing zero waste. Manufacturing takes as much material as needed, all of it is used with purpose, without leftovers. Besides that, an additive approach (“growing”) does not impose as many limits on the shapes as subtractive (some geometries may be too thin or complex for a cutter). Automation allows to eliminate a human factor in manufacturing, improve quality, accuracy, repeatability, and speed of production. A digital approach allows to create, code, keep and transfer complex shapes of things that could not be adequately and accurately described otherwise. Thus most 3D technologies do not have fundamental limitations of shapes that are inevitable for traditional technologies: shape, model, or design can be as complex as one likes and will have no impact on repeatability or cost.

3D printers make it possible to produce optimal parts drafted with the generative design algorithms by intelligent machines, as they speak the same “digital” language. They do not need a human intermediate to adapt engineer projects to a specific machine. They do not need a worker since the process is fully automated. The chain engineer-technologist-worker is fully replaced by several intelligent machines or ideally one. Such a machine becomes a craftsman — an engineer, technologist, and worker in one — as a human craftsman in the preindustrial age. And this is what they call the new industrial paradigm. Not just automation alone, or digitalization by itself, intelligent machines connected by a communication channel — IoT, but a craftsman-machine that individually tailors objects for specific functions and needs of specific users. Manufacturing evolution follows the sequence hand-craft – hand-made – machine-made – machine-craft. Machine-craft is the very paradigm of manufacturing that will change the familiar appearance of things, make them unique again, and optimize them for each specific individual. Another important component of this paradigm is materials, raw products, and processing technologies, but we keep these topics for the next article.